Ah, Alabama’s hot and humid summer is here. It’s the kind of weather that makes me hiss, whilst ducking under a cloak, as I run to pull in the garbage can.

O, I love vampires. I never really joined the whole zombie craze. Perhaps zombies hit a bit too close to home for me, what with everyone’s head in a phone these days. But I like vampires for their complexities and their troubles with immortality. (See further explanation in “Vampire Connoisseur.”)

I don’t have much to discuss this month nor can I offer cohesion. It’s hot outside, and I’ve been often in a dark room, my hands and feet corpse-cold from the air conditioner, reading and writing by myself like a weirdo recluse. So, here are some thoughts on vampires to cool you down this summer:

Most people think of Bram Stoker’s Dracula, as the forerunner of vampire narratives; however, there have been many vampire stories before Stoker’s. For whatever reason, his novel stuck and provided a blueprint for future vampire tales. Before Dracula, though, there was Lord Byron’s 1813 The Giaour; the short story, “The Vampyre,” by Lord Byron’s ex-friend, John Polidori (who based his main character, Lord Ruthven, on old LB himself); and Joseph Sheridan Le Fanu’s Carmilla in 1872, from which Stoker heavily “borrows” for his Dracula.

Here’s poor, delicate Lucy from the 1992 Bram Stoker’s Dracula movie. She is both a vampire victim as well as a fashion victim. I’ll tell you, I know she was about to eat a child, but that weird headdress alone would have spooked the hell out of me. 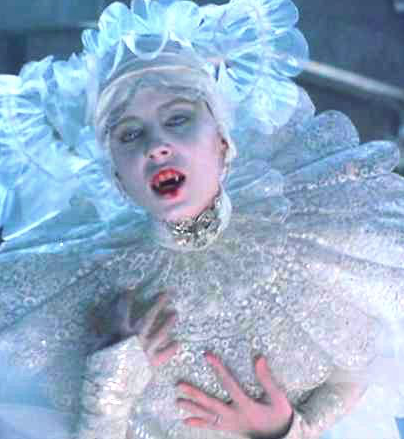 I recently listened to Dracula on Audible and could not help but picture the Buffy the Vampire Slayer episode, “Buffy vs. Dracula.” Best line: “A guy like you should think about going electric.”

Vampire narratives that ask the audience to believe that male vampires abusing women is sexy/true love/romantic/all you could ask for in life.

Women who buy the above stated narrative.

The patriarch that warped the above women into bogus, self-loathing thoughts in the first place.

Recently, a television series emerged from the mockumentary, What We Do In The Shadows, and it is hilarious. The vampires Nadja and Laszlo crack me up the most. They are married, which really means something if you never die, and Nadja’s eye rolls are priceless. 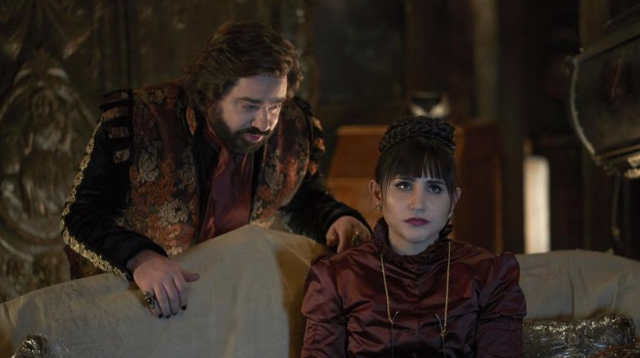 Here are a few vampire movies that I’ve enjoyed in recent years:

Let the Right One In: A Swedish film about a child vampire, with a subtle but quite disturbing final scene.

A Girl Walks Home Alone at Night: A female vampire targets misogynists in a small Iranian town. Favorite scene: The vampire skateboarding alone at night, chador floating behind her. 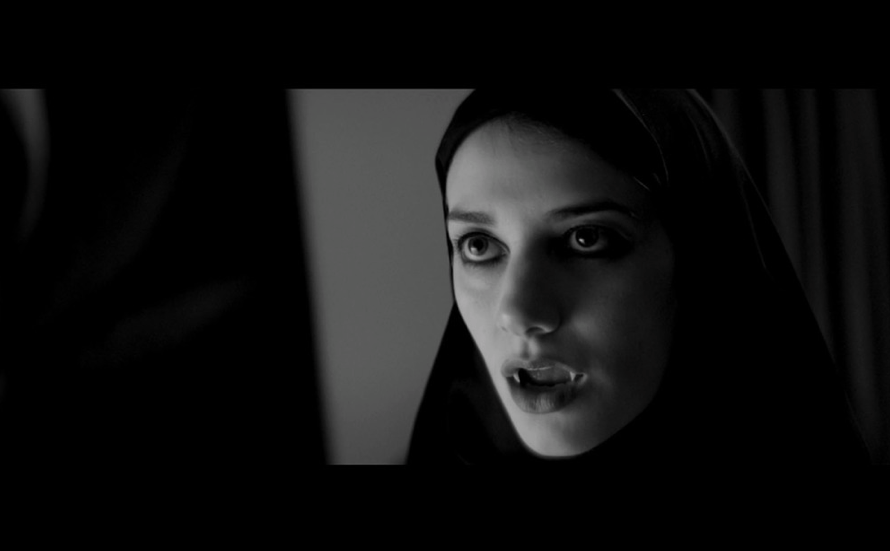 Only Lovers Left Alive: A slow, moody, beautifully shot movie about the loneliness and the magic of immortality.  Best line: “It’s a full moon. Did you know that there’s a diamond up there the size of a planet? It’s a white dwarf; it’s the compressed heart of a star, and it’s not only a radiant diamond, but it also emits the music of a gigantic gong.” (Side note: I HEART Tilda Swinton! When I was writing my book, Sister Nun, I pictured her as the main character, and this was before she was cast as a bald, nun-type in Dr. Strange. I thought of her first, dang it!)

I will leave you with the 1859 poem Goblin Market, by Christina Rossetti, which is a tale of vampire-esque creatures who suck the life and youth out of easily-seduced Laura. Although there are several valid interpretations of the work, I can’t help but focus on the seduction and addiction motifs, which are common in vampire narratives. A recent example of vampire addiction struggles can be found in the character Angel (in the television shows, Buffy the Vampire Slayer and Angel). Angel struggles to maintain his humanity by abstaining completely from human blood, to mixed results. The Angel universe does not provide the benefit of “True Blood,” the synthetic human blood drink offered in the TV show by the same name, and Angel lives off rats’ blood…when he’s good, that is.

Another vampire-y thing about Goblin Market is that it seems ripe (no pun intended) with the fluidity of the vampire’s life: slipping in and out of society, as well as sexual identities.

All right, I blogged. I’ve linked a performance of Goblin Market below. Now, back to my summer antics…